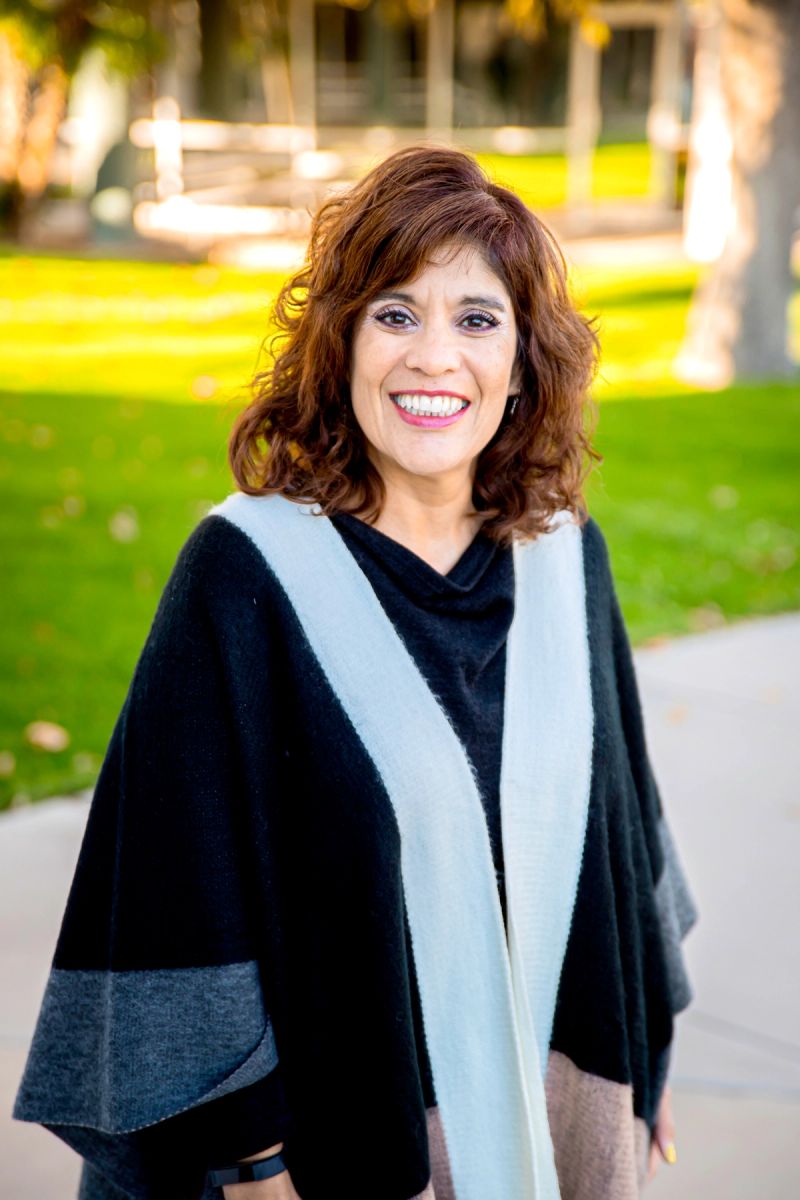 Terry, the “voice” of Calvary Tucson, was raised in a strong, loving, Catholic family in El Paso, Texas. When she was 10-years-old, she attended a “2nd Chapter of Acts” Christian music concert with her older sister, and asked God to live in her heart.

In 1988, while attending the University of Arizona on a music scholarship, Terry lived with her oldest sister, who helped lead her into a personal relationship with Jesus. Terry began attending Calvary Chapel during her junior year in college and was baptized shortly after.

After graduating with a Media Arts degree, Terry worked in radio for several years before being hired as a reporter at KGUN 9-TV, the ABC affiliate in Tucson in 1996. In 1997, she married her husband, Steven LaFrance. The next year, at a Calvary women’s retreat, Terry rededicated her life to the Lord.

In 2005, Steve & Terry welcomed their baby girl, Brooke Emmalen, and after nine years working in television news, Terry took on the most rewarding and toughest job she’d ever have, motherhood! In 2012, Jesus sent Steve and Terry a surprise blessing. Brooke had prayed for a baby sister, and God answered. Carter Elyse was born in October of 2012.

Terry works on the Multi-Media team at Calvary. She is the Program Director for Reach Radio 106.7FM/690AM, and also shares production responsibilities for Pastor Robert’s Practical Christian Living radio and television programs, including writing and voicing the introductions for the PCL radio program. She also oversees public relations and communications for Calvary Tucson.

As only He can, God provided Terry with a job that allows her to continue to use her media skills, raise her daughters, and work for the church body. Terry is also very involved with Calvary Chapel Christian School, where both Brooke and Carter attend. She is unbelievably grateful God has blessed her with an incredible job, ministry, and family. Her life verse is Philippians 2:13 “For God is working in you, giving you the desire and the power to do what pleases him.”

For God is working in you, giving you the desire and the power to do what pleases him.
Philippians 2:13