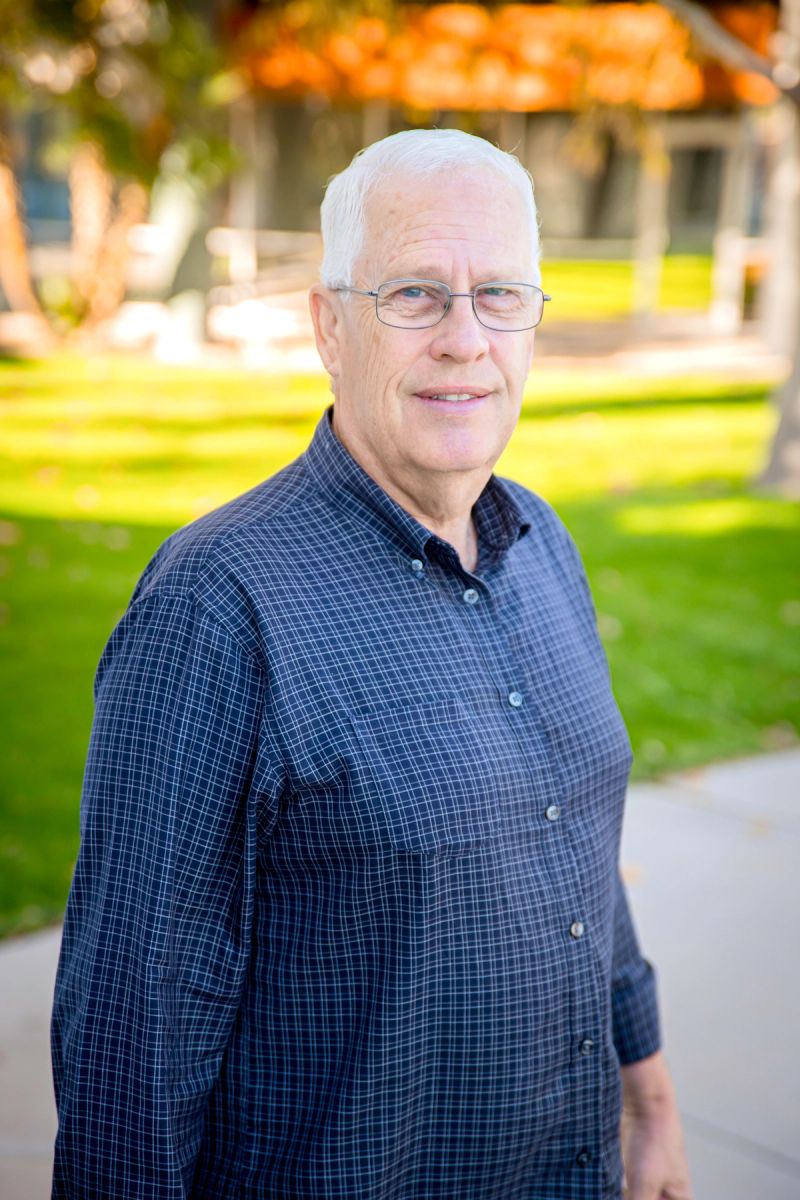 Ray Palosaari is a pastor here at Calvary Tucson, working in Counseling, 50’s plus ministry, and as a West Campus service overseer.

Ray grew up with an alcoholic father and all the household turmoil that comes as a consequence. Because of this, Ray moved toward the hippie life style of drug use and new age spiritual experimentation in the 70’s. Every one of his spiritual ventures left him feeling empty and alone, until he met a group of Christians who seemed full of life and confident about their faith in Christ. Before this, he was strongly against the idea of Jesus, but for some reason he was drawn to the Jesus they were talking about.

Later, while hitchhiking, the man driving him began to share the problems in his life with Ray. Ray listened quietly for about 40 minutes, looked over, and said, “Have you ever tried Jesus?” The man looked startled so Ray quickly added, “I don’t believe in Him or anything, but He seems to help a lot of people, maybe you should try Him.” The man was quiet for the rest of the ride except for sporadic small talk. Ray spent the next hour thinking things over in his head: “What is wrong with believing in Jesus? Why don’t I believe? Maybe Jesus is the only way.” When the ride ended Ray prayed for the first time, “Jesus if you are real I want to know – show me.”

For the next 2 days his thoughts turned toward Jesus and how exactly to become a Christian. He had been told he needed to ask for the forgiveness of his sins, so he did, but it didn’t seem to change the way he felt. He had also heard that he needed to ask Jesus to come into his heart, so he tried that as well, but that made no difference either. While walking by the Verde River Ray prayed, “Jesus, I don’t want to live like this anymore, what should I do?” A sense of peace and joy came over him, and he knew he needed to learn more about Jesus. Ray moved in to a Christian outreach house called the “Maranatha House” where his hunger for the Word was met with daily Bible study.

His life changed significantly when he decided to follow Christ, including the fulfillment of his spiritual emptiness, but the biggest difference was the hope of having someone unfailing and sincere to turn to in spite of his continuing problems and difficulties. When asked why he still follows Jesus he replied with this: “He is always with me, even when I am overwhelmed or insecure; when I call upon Him I always find a calm, gentle presence, unmoving and unwavering, even when He is confronting me about sin. He speaks to me through His word and Spirit and strengthens me.” In Ray there’s an overall impression of complete trust and reliance on the God who saved his life.

The main influence in his life since salvation has been the Bible, because it allows him to come directly to God and gives him the principles he needs to make important decisions. The passage 1 John 2:27 speaks to him in that regard, saying “But the anointing that you received from him abides in you, and you have no need that anyone should teach you. But as his anointing teaches you about everything, and is true, and is no lie—just as it has taught you, abide in him.” He realizes that he is responsible for every spiritual decision he makes, so he always tries to found them in the Word of God.

After that, the most uplifting preacher for him is Chuck Smith. He deeply appreciates the use of scripture to back up scripture in Chuck’s teaching style.

His favorite verses are these two: 1 John 4:10 – “In this is love, not that we have loved God but that he loved us and sent his Son to be the propitiation for our sins.”

Romans 5:8 – “But God demonstrates His own love toward us, in that while we were still sinners, Christ died for us.”

These 2 verses summarize the love that God has for us. While we were hapless, carefree, unconcerned with what is right, unbelieving, liars, thieves, hateful, bitter, cruel, lost in sin, and even enemies of God, He came, became one of us, and died for us.

This is what truly amazes Ray, and all of us here at Calvary Tucson.

In 1980 he married Suzie and together they had 2 children, Kristin & Bethany. From 1984 to 1994 Ray served as the Senior Pastor of a Calvary Chapel. From 1993 to 2006 he established a printing business and began to print bulletin shells for Calvary Chapels all over the country. Ray joined the staff of Calvary Tucson in February 2006 as a pastor. He still has a passion for the Word of God and applying it to life in practical ways.

"In this is love, not that we have loved God but that he loved us and sent his Son to be the propitiation for our sins." and "But God demonstrates His own love toward us, in that while we were still sinners, Christ died for us."
1 John 4:10, Romans 5:8