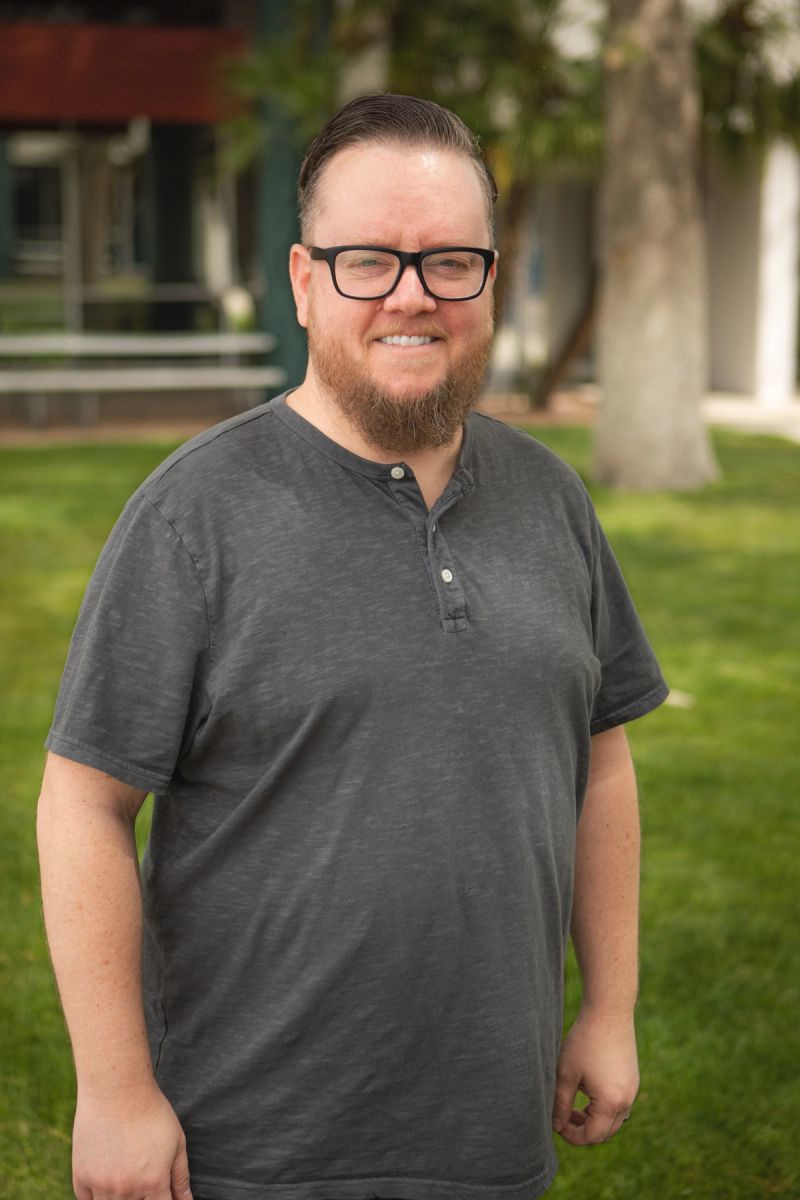 Keith was born in Albuquerque, New Mexico and moved to Tucson as a young child. Keith is blessed to have been raised in a Christian home and attend Calvary Tucson through childhood and as an adult. At the age of 8, he asked Jesus into his heart but it wasn’t until 8th grade at Calvary’s summer camp that he began to realize God’s call on his life. Shortly after camp he developed a love and passion for music. It was that year that Keith started to learn to play the bass guitar, with the hope of glorifying God through worship. Keith has been involved in the worship ministry for over 20 years and is blessed to have led worship alongside his siblings, brothers-in-law and his wife Ashley.

Keith received a degree in graphic design from the Art Center Design College in Tucson and in April of 2004, Keith got his first job in his new career at Minkus Advertising Specialties. He was their lead graphic designer for 17 years. In February 2022 God opened a door for Keith to join the staff and media team at Calvary Tucson as the social media lead and graphic designer. Keith is grateful to be apart of the wonderful staff at Calvary which also includes his wife Ashley, who is the manager of Solid Ground Coffee shop located at our East campus. Keith and Ashley were married in 2010 and together they have four beautiful children: Liam, Madelyn, Mason and Scarlett.

Keith’s favorite verse is Romans 8:28 which says, “And we know that all things work together for good to those who love God, to those who are the called according to His purpose.”

What a blessing and privilege to be called by God and to have a purpose through Him.
Keith Roché
Keith and Ashley's Family