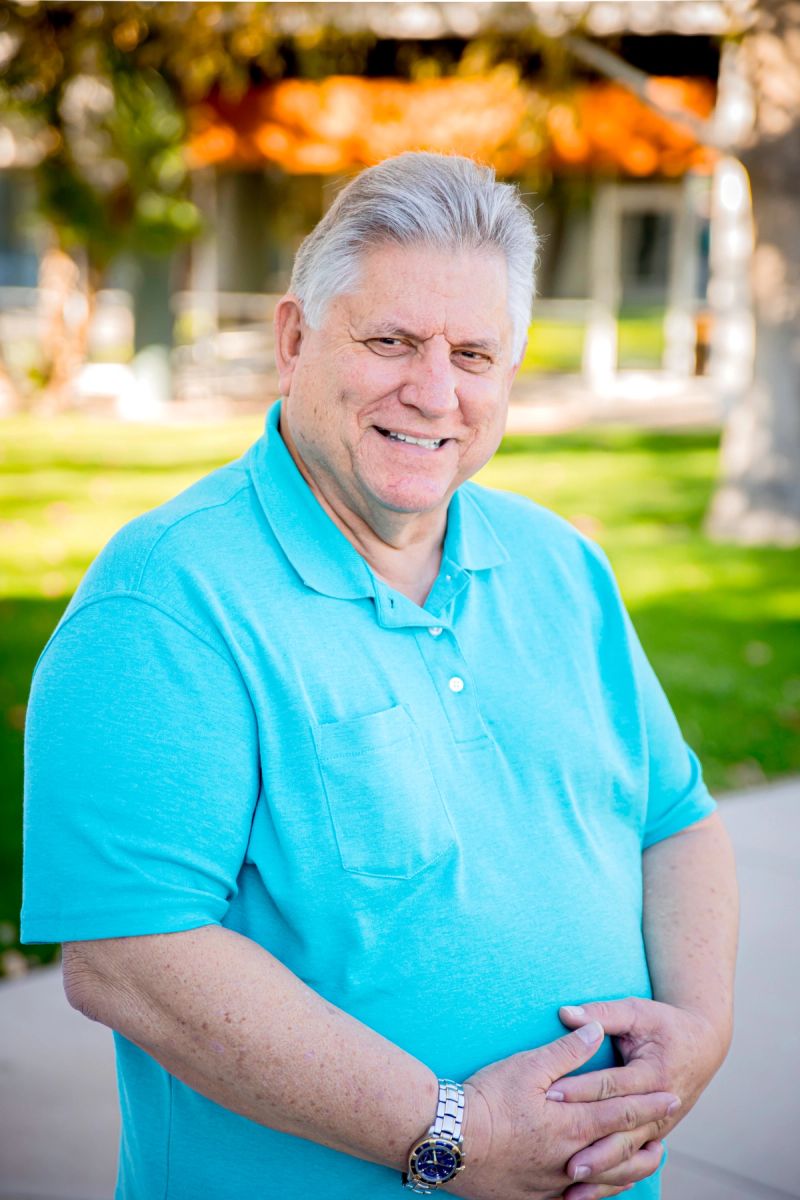 Bart was born in Yuma, AZ in July of 1948 in the Yuma County Hospital way before air conditioning existed. His mother told him how hot and miserable it was during his birth and blames that on his personality being quite direct and sometimes a little fiery. His parents divorced when he was too young to remember living with them. His mother had custody of him and she was not a church person. His father and 3 stepdads were all alcoholics. His father was a Catholic who went to early Mass on Sundays so he could get out of church early to buy beer and start partying.

At about 8 years of age, Bart went with a friend to a Baptist church camp where he accepted Jesus Christ as his Lord and Savior. When he excitedly told his father he had accepted Jesus, the response was pretty much “whatever.” From that point, Bart had a “saving knowledge of Jesus” which carried him through Vietnam where he was a door gunner on a Huey gunship.

When he got out of the Army, he worked various jobs and joined the Arizona Department of Public Safety, (AZ DPS) Highway Patrol in February of 1972. Most of his career with DPS was in plainclothes working undercover or in various investigation units, he retired as a sergeant in 1992.

When on Patrol, he would take breaks at Denny’s restaurant on St. Mary’s Rd. and I-10. That is where he met a waitress, Georgia, who captured his heart. Within a year they were married. Georgia is an extraordinarily strong Christian and she encouraged Bart to grow in his walk with the Lord. They went to various churches trying to find a church home.

When they found Calvary Tucson in 1988 they knew it was the church for them. Assistant Pastor Sam Holloway took Bart under his wing and taught him what it meant to have a personal relationship with the Lord Jesus Christ. That mentoring changed his life.

After hearing stories of how Calvary’s start very small and grow into large churches, Bart wanted to experience being part of starting a new Calvary. He, Georgia, and their son Chris left Calvary Tucson for a period of time to help Scott Richards start Calvary Christian Fellowship (CCF) here in Tucson. Starting in a hotel, CCF grew and ultimately moved to the building they currently occupy.

After a period of time, Bart and Georgia were called back to Calvary Tucson where Bart is now an Assistant Pastor who is involved with the Marriage Ministry, Deacons Ministry and oversees the west campus church Security Team and the Usher’s Ministry. Bart and Georgia as a team provide marriage counseling and assist with other ministries as needed. Bart became a Chaplain with the International Fellowship of Chaplains and was a Chaplain with the Red Cross with whom he deployed out of state to various disasters.

Along with his Calvary Tucson duties, Bart is currently serving as a volunteer Chaplain with AZ DPS. He is involved with the AZ Church Security Network and various local disaster response groups.